We have arrived at a fork in the road.

It's time for the tone to change.

When I moved to Nashville on Labor Day in the year 2000, with no degree, a pregnant wife and a one year old, I was able to get a job waiting tables within an hour. That job and a second server gig at a different restaurant sustained my little family for months while I taught myself how to code. I worked incredibly hard and earned the career upgrade I achieved as a junior software developer at HealthStream between September 2000 and April 2001. But my willingness to grind had to be paired with opportunity for everything to come together.

Last week, I learned that several of the largest hospitality companies in Nashville were forced to lay off 90-95% of their staff.

America crossed the point of no return in the last two weeks. Regardless of what solutions we come up with, last Friday, the Paycheck Protection Program kicked off. That is $350 Billion in economy-saving funds going out to businesses everywhere. That is just part of the $2 Trillion the US government is deploying to companies and individuals. And people are already talking about how it may not be enough. So that you know, the loans from the Small Business Administration will cover 2.5 months of payroll. What happens if this goes longer than that?

Our economy will not be the same for a very long time.

If you haven't already:

You cannot depend on this environment to take care of you right now.

Last July, I was a keynote speaker at the Healthcare Finance Management Association's annual conference. I went on stage after ZDoggMD, a fantastic thought leader in the clinician space. ZDogg spoke then about the moral injury that the healthcare system has perpetrated against the clinicians who decided to dedicate their lives to caring for others. He called out the fact that clinicians were being told they suffered from "burn-out," but in actuality, they were suffering from a system that didn't properly value them and support them in the work they did. The work that only they could do.

My talk was about how unprepared the healthcare industry was for a significant disruption, and how our society couldn't afford for it to be as vulnerable as it was. I had no idea that the disruption would come in the form of a virus. Still, I knew the system evolved to prioritize sustaining itself rather than continually improving to be the most valuable asset it could be for our country.

The leaders in that room knew it too, but the system's protectionist momentum was more than any individual would overcome.

We've had the technology in the US for a decade to do Telehealth at scale with doctors across state lines, but it took COVID-19 to stop the non-sensical restrictions that would allow patients to get the care they need.

Listen carefully because this is not just about the healthcare system.

The only thing that works in our world right now is innovation. All of our systems that we tried to maintain because they protected someone's interests are wholly compromised.

Creative Power was always essential, but now its importance is undeniable.

It's not distorted to say that this crisis is creating an incredible opportunity; it's the truth. Disruption always creates opportunity. That opportunity is not to get rich while humanity suffers, it's to develop valuable solutions to the problems we never acknowledged but were always there waiting for us.

It doesn't matter if you are a maître d' who lost your job last week or the CEO of a multi-billion dollar corporation, you better figure out how to get creative RIGHT NOW because your Creative Power is all you have. If it hasn't hit you yet, it will. We are all connected, and there is no insulation from this. We are going to be digging ourselves out of this hole for years, and if you haven't been getting ready, it's time to start getting prepared.

Finally, there is going to be a lot of bad news over the next few weeks. Having a clear purpose, staying optimistic, and being creative every day will help protect you from the trauma that bad news can cause. That and eating well, exercising, and getting enough sleep.

We have an economy to rebuild. While the healthcare workers and scientists are fighting the virus, the rest of us need to stay at home and use our creativity to fight the recession.

All in together now. Let's go. 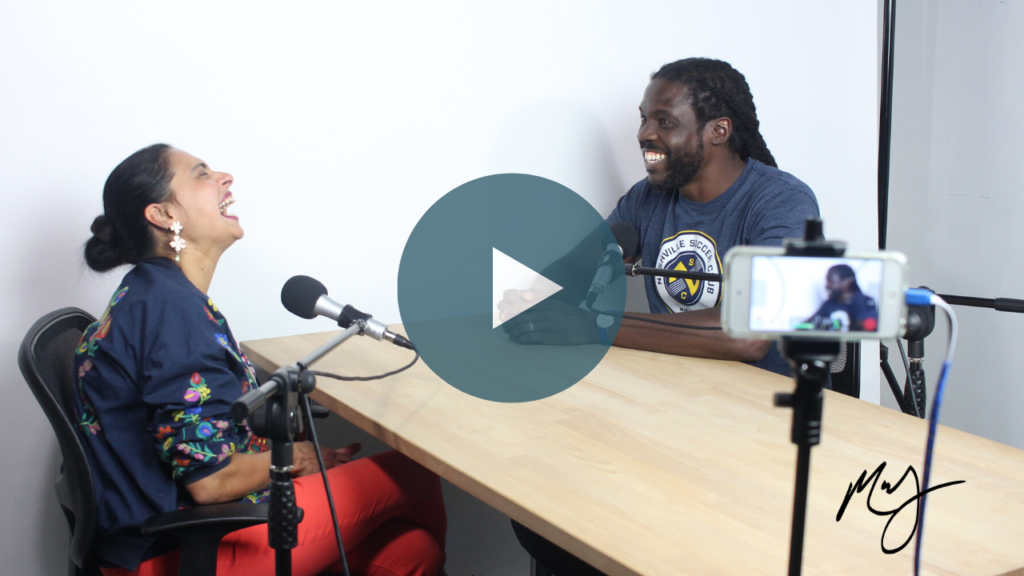